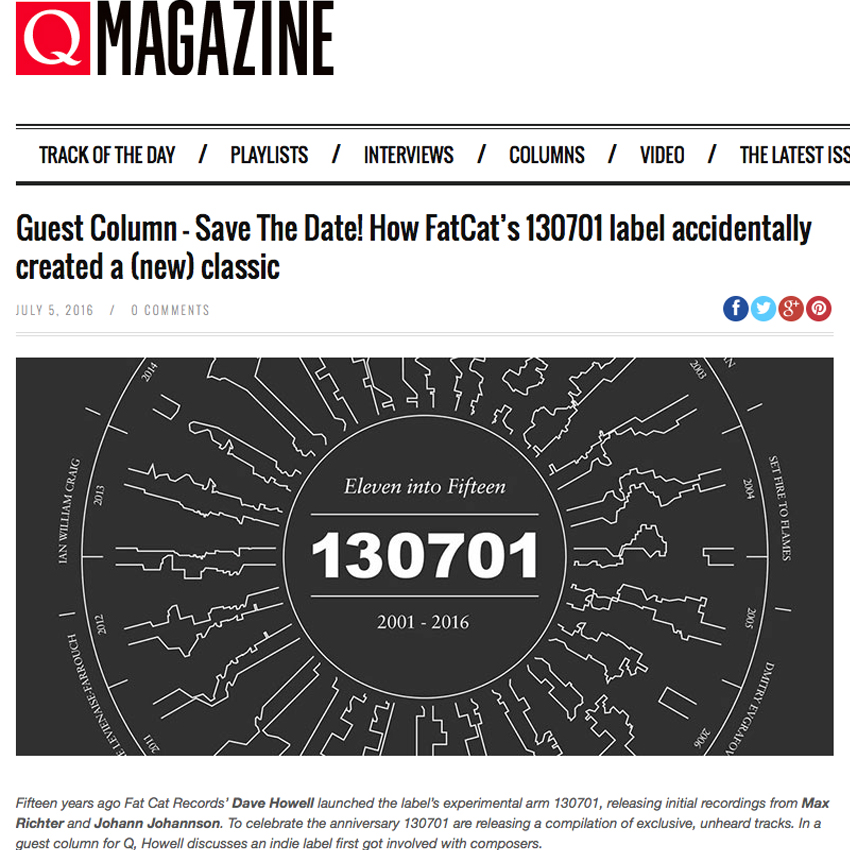 With just one week before the 15th anniversary of 130701, Q Magazine have published a guest column written by the label’s Dave Howell, who discusses the growth of the label alongside the ‘post-classical’ scene.

130701 was set up on 13th July 2001 and to celebrate our 15th anniversary, we are releasing a compilation featuring exclusives tracks from each of 130701’s eleven artists. Entitled ‘Eleven Into Fifteen’ and available on gatefold double vinyl, CD and digital formats the album is released next week and available here.