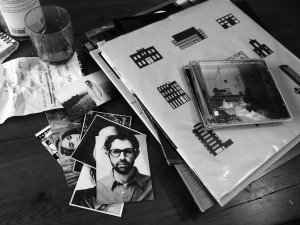 Following nearly three years of silence, FatCat’s 130701 imprint was reactivated at the end of 2015, with a number of new releases and signings lined up ahead of 2016 – the fifteenth anniversary of the label that played a pioneering role in the development of today’s vibrant post-classical scene.

Having begun life on 13th July 2001 (hence the label’s superficially cryptic name) for the release of the first Set Fire To Flames record ‘Sings Reign Rebuilder’, the pioneering 130701 imprint was ahead of the curve, becoming what Drowned In Sound called “something of a blueprint outlet for instrumental based musicians worldwide whose creations don’t quite fit safely into any genre or roster.” Growing to encompass a hugely influential, high quality stable of artists operating at the cutting edge of the modern classical genre, 130701 has come to embody incredibly graceful and evocative music with a huge emotional weight.

Initially established as an outlet for Montreal-based Set Fire To Flames (a 13-piece collective featuring members of Godspeed you black emperor!, A Silver Mt Zion, etc), the label has been home to some of the most recognisable names in the broad-reaching post-classical field, having introduced the likes of Max Richter and Hauschka, as well as becoming a home for pianist / composers Dustin O’Halloran, Sylvain Chauveau, and Golden Globe winner / double Oscar nominee Johann Johannsson.

With a sound and identity that is both eclectic yet coherently unified over the course of our release history, 130701 may not have been prolific but has rigorously maintained a seriously high quality control bar from the outset and, as No Ripcord wrote, “has released some of the most important records of the last decade and single-handedly defined the post-classical genre.”

Looking to expand the scope of its repertoire, the signing of a number of new artists – Dmitry Evgrafov, Emilie Levienaise-Farrouch, Ian William Craig, Resina, Olivier Alary, Shida Shahabi, Maarja Nuut & Ruum – and an increase in activity around our 15th anniversary marked an invigorating injection of fresh blood for 130701. the imprint continues to go from strength to strength, being run as a full-time, fully focused concern and with a release schedule busier than at any time in our history. We are supremely proud of both our past and the hugely talented current roster.

Press Quotes
"130701, the alternative ‘post-classical’ acoustic sub label of FatCat Records, was releasing unique, ambitious, uncategorizable albums before it became a cottage enterprise…"
Tiny MixTapes
"Evidence of change can be aptly backed by some comment from commentators on Neo-Classical, few better than those at 130701 who represent Fat Cat Record’s ‘instrumental’ wing (Max Richter, et al). From 15 years pathfinding this new territory… Fat Cat were unknowingly prescient, in their entirely unendowed, unenforced, yet endorsing endeavor to bring fringe artistry to notice."
Middle Boop
"130701 has come to represent a fine stable of some of the most recognisable names in the field"
Silent Radio
"130701 can arguably lay the claim to having paved the way for the current generation of artists blurring the boundaries between classical composition and electronic aesthetics… it was 130701 that would go onto to explore, spearhead and somewhat define this kind of experimentation between the two musical spheres. Signing artists such as Max Richter, Jóhan Jóhannsson, Hauschka and Dustin O’Halloran, the label established a flawless roster of artists…"
Inverted Audio
"UK label Fat Cat has always had an almost uncanny ability for spotting dynamic and innovative young artists... Their 130701 imprint has released some of the most important records of the last decade and single-handedly defined the post-classical genre."
No Ripcord
"Fat Cat have already established themselves as possibly the UK's most ambitious, forward-thinking record label of modern times… their instrumental offshoot 130701, named as such because it was established on 13th July 2001, has also been pivotal in providing a platform for up-and-coming artists who create musical passages rather than songs… 130701 has since become something of a blueprint outlet for instrumental based musicians worldwide whose creations don't quite fit stately into any genre or roster."
Drowned In Sound
"Sam Mackay of the London Contemporary Music Festival, pinpoints it to one label in particular. “I think FatCat caught onto something important in the mid 00s,” he says; “when they started releasing Max Richter records. They were able to take a lot of knowledge and experience from the indie label world, and actually draw artists like him into that scene in a way that I don’t think had really been achieved before."
Boiler Room
"Fair play to Fat Cat records. Firstly, to set up the 130701 imprint with the sole aim of releasing records of contemporary instrumental albums (hardly a path to a life of sloth and riches), but to also fill it with such music of unquestionable passion and feeling really deserves some plaudits."
State
"Home to Max Richter, Hauschka, Jóhann Jóhannsson, Dustin O’Halloran and more, FatCat Records’ 130701 imprint has played a peerless role in redefining the modern classical scene."
The Vinyl Factory
"There are many words which could be used to describe the output of 130701: tasteful, inspired, subtle, contemporary, beautiful, enchanting. The FatCat sub label has remained at the forefront of a post classical movement which remains focused on musical output and quality rather than hype or anticipation. A label built for the artists who seek to break the boundaries and limitations of genre... it has remained true to its early roots, having carved a niche for itself amongst an often saturated market.."
Ransom Note
"Over the last 15 years FatCat Records’ 130701 imprint has made a massive contribution to the "post-classical" scene... It's music that is as captivating and engaging as it is possible to be..."
The 405
"Fat Cat Records were there at the beginning. In many ways it was unsurprising that the label who signed and supported classically influenced Icelandic acts Sigur Rós and Múm would be early adopters of new, accessible trends in classical modernism. They have led the way in their field."
The Arts Desk
" 130701 is only rivaled in its quality curation of Modern / Post-Classical, perhaps, by Erased Tapes. The imprint`s every carefully chosen release is a standout in the genre's canon. Its catalogue, emotional, thought-provoking and nuanced."
Ban Ban Ton Ton
Demos

As with FatCat, 130701 operates an open policy to demos. Unlike most other labels, we listen to every demo we are sent. We simply don’t have the time /energy / inclination to respond to everything we are sent though, and will only respond to those demos we really like.

We accept demos in both physical or digital formats, but would prefer to be sent a small representative selection on a streaming link.

130701 is distributed in most territories. If you have an enquiry about distribution, please contact: [email protected]

Most of 130701’s artists have live booking agents. If you have an enquiry about booking, please contact: [email protected]

Press on 130701 releases is handled by a variety of dfferent PR agents. For info, please contact [email protected]