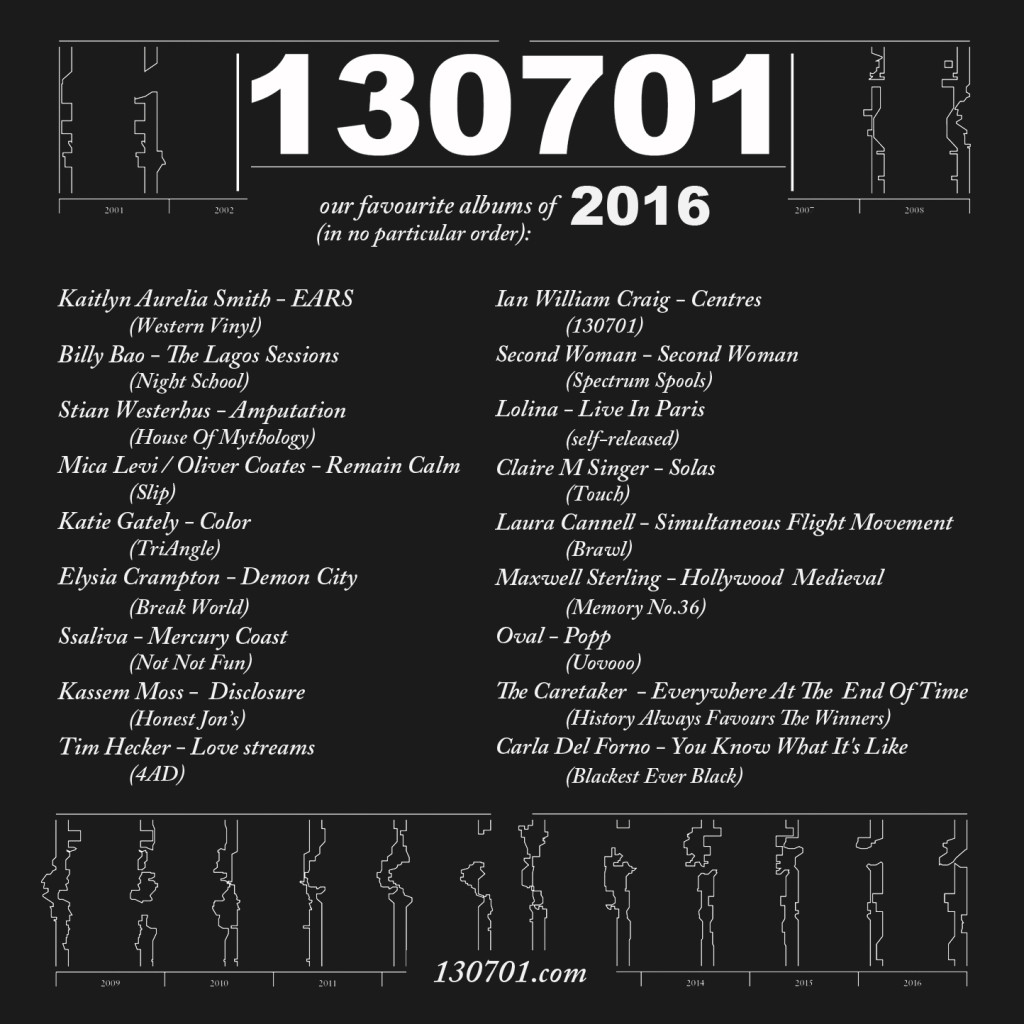 So we’ve reached that time of the year when everyone’s trying to make some kind of sense of the past 12 months in music and picking out their favourite albums of the year. Doesn’t feel to us like it’s been the greatest of years for new music, but that could just be because we’ve been so swamped with relaunching the imprint and taking care of our own busy year of releases.  Anyway, we’ve picked out our own list of favourites – these were the albums that most moved, intrigued or inspired us through 2016 (listed in no particular order):