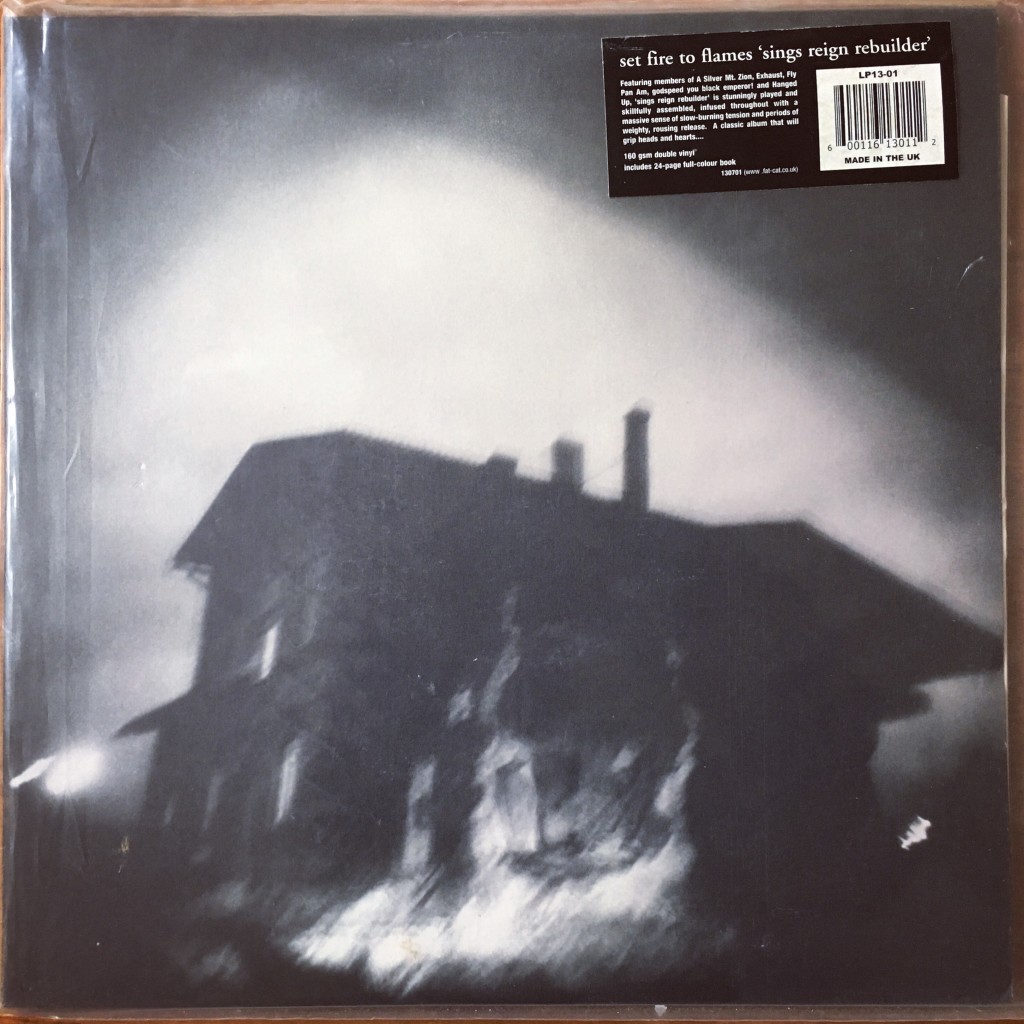 Saturday (15th Oct) marked the fifteenth anniversary of the brilliant debut of Set Fire To Flames’ ‘Sings Reign Rebuilder’. Created by the 13-piece Montreal-based collective (which featured 7 members of Godspeed you black emperor!), the record was the sole reason 130701 was established and was our first ever release. Whilst the album has long been out of press (and the crazy packaging has prohibited a repress), you can still listen and buy it digitally via the bands homesite, and we’ve been adding images from the album’s beautiful packaging on the 130701 instagram feed.